Dogs are notorious for being the mischievous creatures of the animal kingdom. Sure, they’re known to be forever loyal companions with a heart of gold, but they’re also known to be sneaky little things who will do anything (whether it involves climbing up on furniture or chewing through your favorite pair of shoes) to get what they want. If you’ve ever been on the receiving end of a particularly aggressive episode, you know that your boundaries are tested, and your patience is tested.

In this blog, we will discuss why dogs nibble you and how you can prevent this behavior.

Why Does My Dog Nibble On Me?

Contents hide
Why Does My Dog Nibble On Me?
1- Due to unconscious behavior
2- Due to excitement, nervousness, or fear
3- Nibbling is a method of Communication
4- Nibbling and attraction
5- Dogs like to nibble their owners
Why do dogs get used to nibbling?
Why do Dogs feel good about nibbling?
How to prevent dog nibbling?
Final Words!
Related posts:

A dog’s habit of nibbling your toes and fingers is nothing new. In fact, this behavior is one of the most common types of biting. Although most dogs don’t bite to kill, they will do so if their targets ignore or interrupt them. As a result, this behavior can be quite dangerous since it is an aggressive attack and a way to gain attention from you.

Here are a few of the reasons that your dog nibbles you:

1- Due to unconscious behavior

Dogs, in general, are not capable of thinking and reflecting on their actions to the same extent that we humans are. As such, they did not invent the idea of biting purposefully to show aggression or to mark territory like many other animals. Instead, they exhibited an instinctive behavior that didn’t require much thought process.

2- Due to excitement, nervousness, or fear

Although they are considered one of the most loyal and affectionate animals, dogs can be easily startled. They may start nibbling on their owners as a way to release their inner tension. They usually do so when they feel nervous while experiencing new situations, such as meeting new people or going on a car ride.

While biting itself is not considered a dangerous behavior in dogs like in humans. However, many people find it annoying and unpleasant to be bitten even with much love.

3- Nibbling is a method of Communication

While the fact that the behavior may not have been invented deliberately does not mean it is not a way to communicate with dogs. Many owners who have grown up with dogs around them know very well that nibbling on their legs or hands of their partner when they are busy indicates that they are needed.

This kind of communication prompts many people to keep their dogs since they know that they can come to them when they need help.

Some people say that dogs with low levels of socialization have a greater tendency to nibble than those with more training. This could be because they lack training in the dog’s behavior, like how a child without many disciplines tends to act up. Admittedly, dogs with mild training and discipline are also more likely to nibble on their owners, like how a child who is well disciplined by adults tends to be more obedient.

The fact that dogs have a natural inclination to nibble can be taken as a sign of their affection for the human race. If you read about why some cats like to rub against people and why other cats run away from their owners when touched, this behavior of dogs doing the same thing can be understood better.

For those fearful of dog bites, this may appear to be an indicator that they should view this as affectionate behavior.

Why do dogs get used to nibbling?

The fact that biting in dogs is instinctive, as previously stated, does not mean it happens without any reflection or awareness from its owner. Dogs get used to nibbling if they are not corrected for doing it too often.

The best way to make a dog stop nibbling is to discourage it in the act of doing so by saying things like “no”, “bad doggie,” or other similar words. It should be done before your pet starts nibbling on your hands and feet, as this could cause them some emotional trauma if you were to reprimand them after that.

Why do Dogs feel good about nibbling?

Some dogs love to bite on their owners and show affection for them. When slowly introduced to the act of biting and nibbling, it can give them a feeling of happiness and pleasure. This is similar to how many children who bite their siblings or friends feel when playing with toys or doing something they enjoy.

It should be considered a positive behavior that most dogs could learn if they are only taught how to do it properly.

How to prevent dog nibbling?

Despite their lack of ability to think reflectively in the context of behavior, dogs are quite smart. As such, if you can explain things to them very clearly and patiently, you can teach them not to try doing what they do not like by telling them that it is not allowed.

This is applicable for many other things, such as when you train them to come at a certain sound or whistle only when they need to go out. Moreover, this is also true in preventing them from nibbling on you too much when they do not like what they are doing.

Here are some solutions to prevent your dog from nibbling you:

Although nibbling from a dog may be annoying, it does not mean that it has to be a deterrence to keeping them as pets. It can be dangerous to the point of causing serious injuries if the dog is unsupervised, but with proper training and understanding, they could become one of the best pets you have ever had. We hope this post will come in handy for you. We would love to hear what other things you know that your dog can do that we don’t know about. 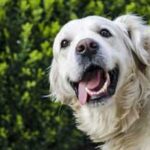 How to Stop My Dog From Biting When Excited? 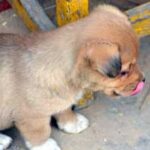 Why Does Dog Lick Everything? 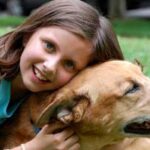 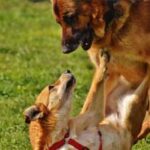 Why Do Dogs Attack Other Dogs?