Sometimes dogs will attack other dogs because they want to smell them or establish dominance. There are a lot of theories about the why’s and what’s of it, but the point is that these attacks are not usually out of malice or ill-will – just plain nastiness. If a dog is afraid of another dog or has something to prove, this is the time he shows it.

Given that these are natural reactions, the best approach is to keep the dogs on their normal schedule and not change it in any way. If the first dog mauled by an unknown canid does not respond to the other’s friendly overtures and only hisses, he will probably get more aggressive.

Let’s learn why do dogs attack other dogs and how to stop dog aggression.

Why do they attack other dogs?

Contents hide
Why do they attack other dogs?
1- Territory
2- Rivalry
3- Fear
4- Loneliness
5- Competition
6- Noise
What are the warning signs that indicate aggression in dogs?
How can you control it?
What to do when my dog is behaving strangely?
How to avoid your pet aggression?
Final Verdict
Related posts:

There may be several possible reasons for it, but some of them are based on the instincts of dogs, such as:

Rivalry can make dogs aggressive towards other dogs. Dogs like to be the leader in their pack, on their territory. There must be a hierarchy between the other dogs living in the same environment in a dog’s eyes.

They will fight to eliminate unranked individuals or become ranked themselves to determine that hierarchy. If a dog is accustomed to being at the bottom of that hierarchy, he may start fighting and attacking any unfamiliar dog because he wants to change his rank or position within the pack/group.

Dogs may have a fear of certain people, colors, or places. They get frightened when they experience these things or colors. Biting other dogs can be due to fear. They will bite other dogs to defend themselves when frightened.

Dogs get lonely when they do not have an owner if they have no one to take care of them, and if they are left alone for a long period without being cared for. This can be the reason why some dogs attack other dogs or people. They need love and affection just as much as any human being does. They can get lonely without it.

When dogs are in a park, and several dogs are playing together, and one of them wants to be the leader, it can cause a fight or a confrontation between the dog trying to climb the hierarchy ladder. Same with other dogs trying to remain on top of the hierarchy in that specific environment.

Places where traffic noise or crowded places may also make dogs aggressive. Due to the noise of his environment, an aggressive dog may cause a fight with another dog or even human beings. You should take care of this aspect to keep your dog calm and relaxed.

What are the warning signs that indicate aggression in dogs?

The following symptoms can be good to look out for when you are a dog owner and need to know what the signs are that indicate aggression:

How can you control it?

You can notice the signs of dogs to avoid attacks on the other dogs. You should avoid taking dogs along with you to crowded or noisy places. Not all of them are frightened of these places, but you should take care of this aspect.

Keep an eye on the behavior or body expression of the dog to check whether they are angry, frightened, or disturbed. If your dog starts snarling or baring teeth, you should take him away from that place or people. It shows aggression and disturbed behavior.

If your dog has attacked another dog or you experience a sudden dog fight, don’t stop with your bare hand. Try to stay calm with the other dog owner as you are shocked. Pour water over the dog’s body from a certain distance or use a hose to wet the body.

Moreover, when you face a sudden dog attack, you should follow guidelines and take preventive measures to control it. In addition, several tips can be useful in case of any problems with your dog, especially aggression. Therapy is sometimes suggested to dog owners to cure dogs’ aggression.

A simple yet effective tip that affects a maximum number of dogs is to keep your dog active. Dogs get bored, irritated, and aggressive because of the lack of proper physical exercise. The need for proper exercise cannot be stressed enough. It is a serious matter which most people fail to understand.

What to do when my dog is behaving strangely?

When you will find your dog behaving strangely if you don’t give him enough playtime outdoors, at the dog park, or in the backyard or garden where he can freely run around without any constraints. Keeping him locked inside the house and tethered to one particular place is one of the worst things you can do to your pet.

You must also be aware that interaction between dogs happens more often when these are properly exercised. Remember, it’s not just playing time. The dog needs regular exercise to be healthy physically and mentally. You should also expose your dog to as many new environments and situations as possible so that they can get used to them.

How to avoid your pet aggression?

Give your dog a bath using warm water so that they will feel comfortable. You can also use some sandalwood oil or eucalyptus oil to help him remove the aggression from it.

Hence, your dog may attack other dogs or people for several reasons. Keep a watch on your dog’s behavior and know how to tackle situations. You should also be aware of the warning signs that will help you prepare for such situations.

Dogs are often aggressive towards other dogs as they are part of their nature. Vigilance, proper care, and psychological therapy may help cure aggression in dogs. Physical exercise is an effective cure for dogs’ aggression as they get tired out with regular exercises, making them calm and composed afterward. They get agitated when they stay idle and do not get proper exercise. Hence, always try to make your dog active to avoid aggression in dogs. 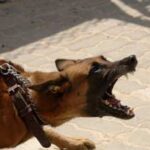 How to Make My Dog Less Aggressive 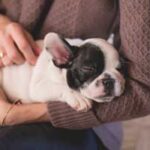 How to Make My Dog Fall Asleep? Causes and Solutions 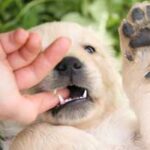 Why Dog Nibbles Me – Causes and How to Prevent It?

How to Make My Dog Friendly With Other Dogs