Whether you are a newbie or an old parent of your PupPup, I bet there is nothing funnier than watching than sneezing randomly when playing or sitting comfortably. You might have experienced their sneezing habits being altered, sometimes randomly and sometimes due to environmental or food changes. Let’s discuss some of the common causes of your canine friend Sneezing.

7 REASONS WHY YOUR DOG IS SNEEZING

Reasons could vary from serious health issues to most common but realistic causes.

It’s the most common cause of your PupPup sneezing randomly. It’s like our canine pub to have our attention, especially when they are being playful. They start to sneeze randomly when they see us not paying attention to them.

YOUR PUP IS COMMUNICATING

It’s also one of the common causes why your PupPup is being sneezy when playing with other dogs. The reason behind this Is that’s how they communicate and show submission to another dog. The sneeze, in this case, will be specific for some time, and it won’t feel like any allergy, or your PupPup is sick.

YOUR PUP IS HAVING A SEASONAL ALLERGY

Changes in pup health occur not due to cold but also when there is weather of pollen in the air. Pollen and other dust particles can also induce sneezing triggers in dogs.

Visit your vet if you notice such effects as allergic reactions that need proper treatment. If not treated properly, allergy can cause other symptoms of illness as well.

YOUR PUP IS EXPERIENCING A FOOD ALLERGY

Changes in diet can also cause sneezing reactions in dogs.

You might have experienced your Dog sneeze whenever you add any new ingredient to your diet. Their body can’t accept the new element and develop an allergy to that food.

Try changing your Pup’sPup’s diet by adding another protein source or wait for a week. If your PupPup stops sneezing by consumption, it means they are no more allergic to that. If not, try changing their diet and keep that altered diet for 2 weeks straight.

YOUR PUP INHALED A FOREIGN OBJECT

Inhaling means taking something in the respiratory tract by breathing in. Those objects are foreign to the Dog’s body that cause any allergic reaction or have serious threats to the Pup’sPup’s health. On inhaling those objects, your PupPup will be sneezing more frequently.

Sneezing is the body’s response to eliminate or clear the respiratory tract by expelling air out with speed. Your pup will sneeze till he feels like there is nothing in his nose anymore.

The tumor is generally the growth of tissue. It can occur in a dog’s nasal cavity due to certain genetic or unknown factors. Your Dog sneezes more frequently than normal for a long period, e.g., a month or two. It would help if you visited a vet as soon as possible after noticing a pattern in your Pup’sPup’s behavior.

It’s better to keep an eye on your Pup’sPup’s behavior when or not playing with them. It can save you from any mishap or serious health problems in your beloved PupPup.

Gums issue is common in dogs. It can be a tumor or bacterial infection in dogs. It can trigger the sneezing sensation in dogs, and you’ll feel your PupPup sneezing a lot more than usual. You can check these signs by observing their mouths and giving them treats so they can get themselves checked by you easily.

The above stated causes your Dog to sneeze either randomly or frequently. It’s better to get them checked by following a specific routine to avoid any health problems in the future.

Other than the reasons that cause sneezing, let’s think of it as “Is sneezing even important for dogs? What if it is, and they are not sneezing? Sneezing is as important as their immune system working to protect them from any health issues. Let me tell you why:

IS SNEEZING IMPORTANT FOR DOGS

Sneezing is important because:

Now consider a situation where your Dog cannot sneeze for any reason. What will you do now?

Know that it’s highly important for a dog of any age to sneeze as a natural defense mechanism of the body. It is possible that your puppy or grownup hasn’t learned or known to sneeze when born. You can make them understand and sneeze by following simple and delicate steps.

STEPS TO MAKE YOUR DOG SNEEZE

You now know how important it is to make your PupPup sneeze If he is not sneezing by himself. Following are the steps to follow: 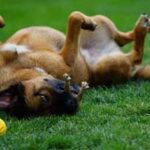 Why Dog Rolls in the Grass? 6 Interesting Reasons! 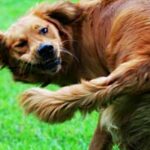 Why Do Dogs Chase Their Tails? 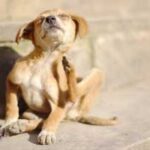 Why Dog Keeps Throwing Up – Why Dog Throws up Yellow Bile?