Have you ever looked at two dogs barking at each other and wondered if they are fighting? Then, when you think they will kill each other, they start to sniff each other’s muzzle and sit together? This is entire because it’s pretty tricky to understand the way our furry friends communicate.

Dogs either communicate through body language, vocalize to let other dogs understand, or use their incredible olfactory power. So let’s get to know some of the vital signs of their communication because either you are a dog parent or its parent’s neighbors; it will benefit you big time

Unlike humans, Doggies use their body language to communicate with each other. Therefore, you can not categorize their behavior into either submissive or dominant. Instead, their behavior stems from their innate ability to recognize or communicate and their experience directly reflecting how they behave in harsh conditions.

Like the example mentioned above, we misinterpret a dog’s behavior most of the time. For instance, it is said that if the dog is turning its face away, it’s because it’s not in a good mood to talk. Well, let me unfold the truth; that is inverse. It’s a vital sign to show to being Friendly when doggies slightly tilt their head from the other dog; that’s how they greet other dogs.

When the dog points their head towards any specific direction, it’s because they want to go in that direction. We might consider dogs facing each other as a sign of aggressiveness, but that’s not the case. Instead, they judge and sniff to get to know. Moreover, they bark at each other with different tones to get to see the status of another dog; how?! We will discuss that in detail below.

Yawning is humans indicates the sign of being, and we do it to escape it or overcome it; that’s precisely why our pups yawn as well, but not only does yawning keep them awake, but they also do it when stressed.

Dogs also yawn at other dogs if they want to escape a fighting situation.

The shape of the dog’s mouth can indicate the mood your pup is in momentarily; for instance, if they snarl at another dog, it suggests that they are not happy or in a mood to fight. In contrast, if your dog is shown to be pointed towards a dog with a hanging jaw, it means they are relaxed and happy.

We all are fond of our dog’s eyes when they look at us as a baby; it’s not always they want a hug or be patted; it can also indicate that pups face some depression or are uncomfortable and ask for help. The way they look is how they communicate to tell their side of the story.

Must know that the eyes of the relaxed dog will move around with ease showing content.

We have seen in the cartoons that whenever the dog is excited or happy, he will stiff his tail upright, but let me break this to you, not every upright tail is the indication of a happy dog. It can be a sign of aggression. Showing or moving tails is the vital sign by which you can observe their behavior with other dogs. Dogs will even tuck their tail in between their legs when they fear or may wag their tail when feeling insecure about the situation.

As a dog’s parent, you might have noticed their tail slightly going to the left whenever they are scared and to the right when comfortable enough to play or walk with you. If not, you will be after knowing this.

A German shepherd will always erect his ears whenever they see another dog coming towards them or whenever they are alert; that’s because dogs also use ears to communicate. However, some breeds may also stiff and pull back their ears when they are up.

Whenever you see a dog standing with a group or any other dog with flattened ears, that means this group is about to get into a fight but doesn’t want their ears to be bitten. Only the ears pulled down are the sign of calmness and content.

Dogs use vocal signals after their body language to communicate with the same species. For example, they bark with different tones that predict the moment they want to converse; either their bark will be high pitched to show they are more aggressive and not comfortable—dogs who bark slow but rapidly are also a sign of distress or surprise.

You might have seen a group of dogs growling at each other when they meet for the first time; it’s their way of showing surprise and bringing alertness to one another.

You will see your furry friend howling in the corner when left alone for some time; it indicates they are bored and want to play.

Whines and whimpers are also vocalizations they use to interact only when they are either fearful or excited, respectively.

Dogs have an excellent sniffing ability that helps them interact most effectively. They have a unique organ called “Jacobson’s within the nasal cavity, unlike humans to sniff out the sex and current status of the other dog. Dogs have extremely sensitive noses to sniff the pheromones (chemicals produced in the dogs on specific triggers). They make scents (pheromones) when they are either fearful, angry, or excited.

Dog’s parents must have noticed their dog being happy around some dogs but fearful and backed off from the others, its because they have sensed the status of the other dog; they will only play or be around dogs if their condition will resonate with them. Dogs also sniff each other’s back (genitals) to know about the gender and mood of the other dog by sniffing pheromones.

A pregnant or lactating dog will also carry a specific scent that can signal other dogs.

How our furry friends communicate with each other also varies with the breed they belong to; for instance, Beagle will not respond to any alerting signal as German will.

All breeds respond differently when they communicate or interact with each other. Therefore, you can only better understand how your dog speaks by keenly observing their behavior and gathering breed-related knowledge.

Dogs communicate in numerous ways; from breed to breed, there exists a variation in how they interact with humans and members of their species.

They use their body language to convey their message most of the time. For example, dogs use their olfactory powers to choose their partner and ears to sense danger and other alerting signals. Signals that dogs inhibit are mostly misinterpreted because of a lack of knowledge and understanding. But as dog parents, understanding their way of communication will benefit you more about your furry friend. 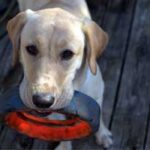 How Do Dogs Communicate With Humans? 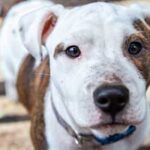 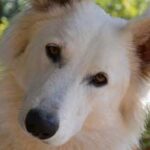 Why Do Dogs Tilt Their Head: Know The 4 Amazing Reasons!