The Dachshund – sometimes called the “wiener dog” or “hot dog” – is among the most popular dog breeds in the U.S. and has been since the 1950s. The dachshund, as we know it today originated in Germany, where it is called Teckel. It is believed that the dachshund was developed slowly, over a hundred years or so, and it was bred specifically to hunt badgers. In German, “Dachs” means badger, and “Hund” means dog; thus, dachshund = badger dog, and even the smallest dachshund is a fearless hunter. 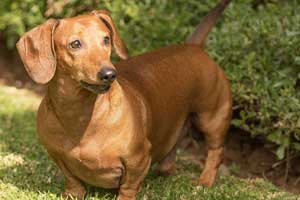 You won’t find any timid dogs who are willing to go after a badger, which is a powerful and ferocious animal. The original German dachshunds were larger than the dachshunds we know today – averaging between 30 and 40 pounds – but today’s dachshunds retain that fearless quality for which the breed was originally developed. As the breed standard states, the dachshund should be “courageous to the point of rashness.” Unlike the dogs included in the AKC Sporting Group, dachshunds were trained not just to retrieve their prey but to kill it. You can see this trait today if you give your dachshund a squeaky toy; dachshunds are notorious for attacking the toy and “killing” it by destroying the squeaker as quickly as possible. 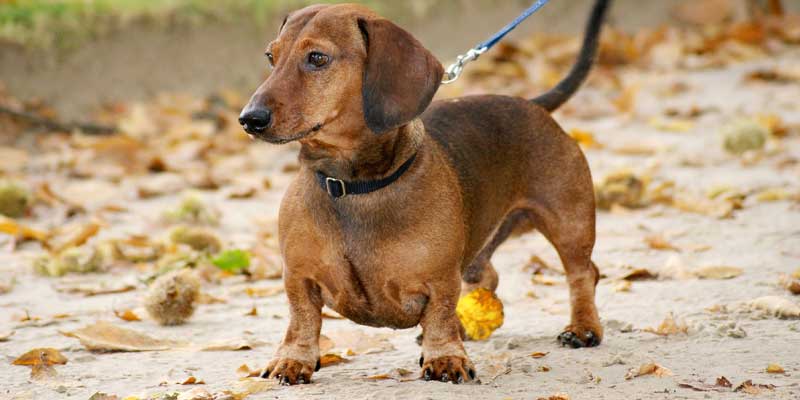 The dachshund is the only AKC-recognized breed that hunts above and below ground, and its body is a study in superb “engineering.” Every aspect of what some people think is a funny-looking body has been designed to help the dog achieve its original purpose. The short legs allow the dachshund to burrow deep into the earth after those badgers (or any other earth-dwelling mammals) in their dens. The tail is long and sturdy and extends straight out from the spine, providing a “handle” with which the hunter can retrieve the burrowing dog. The paws are unusually large and paddle-shaped for efficient digging. The skin is loose so that it will not tear as the dog tunnels down into tight burrows. The dachshund has a deep chest to allow enough lung capacity to keep going when hunting. Their noses are long to increase the area that absorbs odors. And the dachshund bark – which, in the standard dachshund, is relatively deep for such a small dog – lets the human locate the dachshund that has gone down a hole after prey. As anyone who has ever owned a dachshund and walked it on a leash can attest, the dachshund is extremely strong in both bone and muscle, and it can achieve speeds you would not imagine in a dog with such short legs. 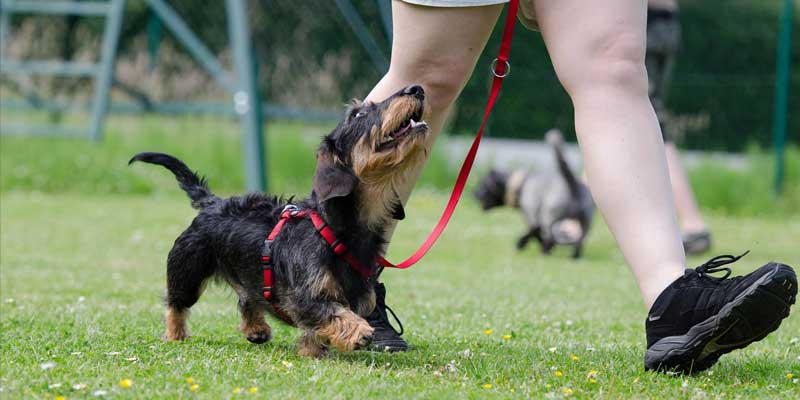 Beginning in the 1800s, Dachshunds were bred more as pets than as hunters, especially in Great Britain, and their size was gradually reduced by about 10 pounds. Eventually, an even smaller version – the miniature dachshund – was bred. Today, most people probably think that the “typical” dachshund is a smooth-coated red miniature. But there really is no such thing as a “typical” dachshund anymore; there are two sizes and a wide range of coat types, colors, and patterns.

The Dachshund Club of America was founded in 1895, but dachshunds were bred in the United States as early as the 1870s. In the U.S. and Great Britain, the dachshund is rarely hunted; but in other parts of Europe–notably France–dachshunds are still considered hunting dogs and regularly find their way onto the country’s lists of most winning hunting dogs. 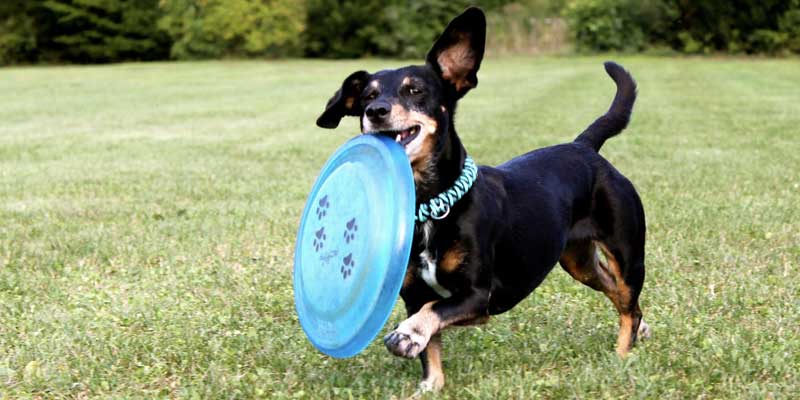 The dachshund’s popularity as a pet – as well as its pleasing shape and range of expression – has made it a favorite of artists, illustrators, toymakers, sculptors, and the advertising business. Dachshund figurines (ceramic, metal, and carved wood), stuffed toys, pull toys, battery-operated toys, salt-and-pepper shakers, dishes, and many other breed-related items were made in the 19th and 20th centuries.

During World War I, the popularity of dachshunds as pets declined dramatically because they were used to depict Germany in many wartime propaganda pieces in the U.S., England, and France. This was probably the low point of the dachshund’s place in the history of illustration.

Dachshunds are almost always in the AKC Top Ten most popular breeds. This is a mixed blessing. The more popular a breed – especially a small breed – the more likely it is that it will be bred in puppy mills.

A Brief History of the Mountain Cur Dog Breed 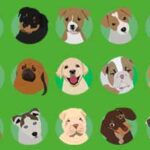 How Dog Breeding Works and How It Was Created? 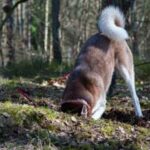 Why Do Dogs Dig Holes? – How to Curb This Behavior!

How Dog Years are Calculated? A Complete Guide!